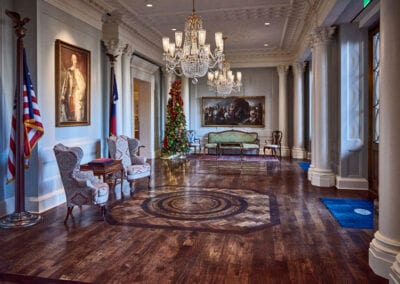 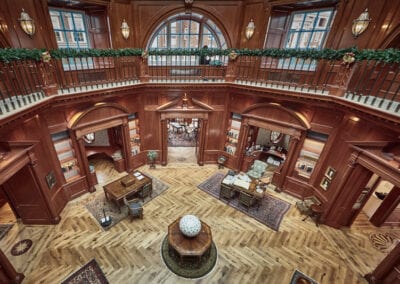 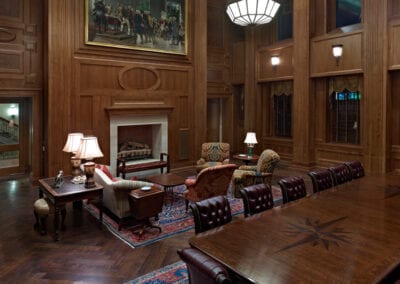 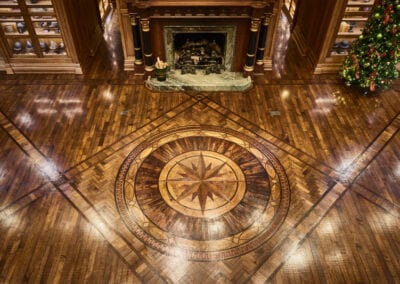 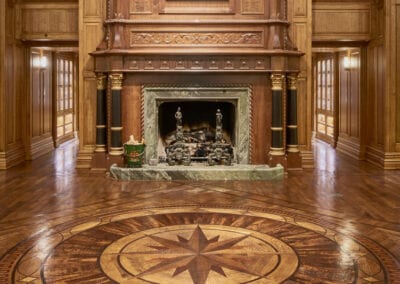 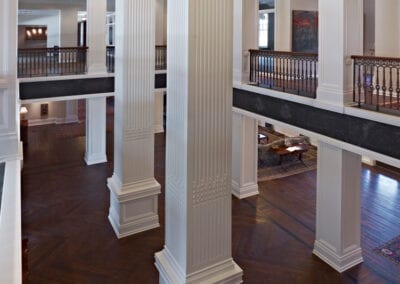 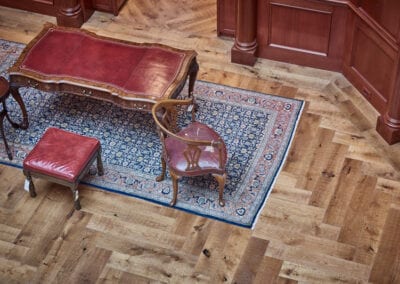 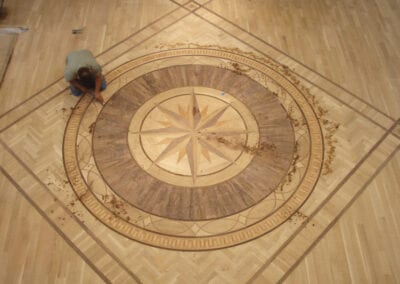 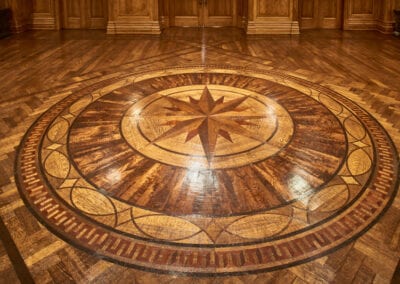 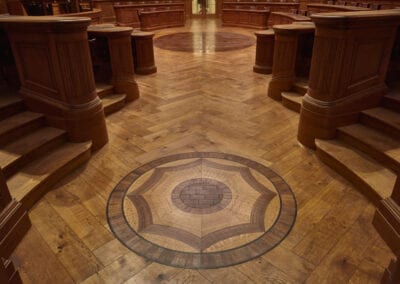 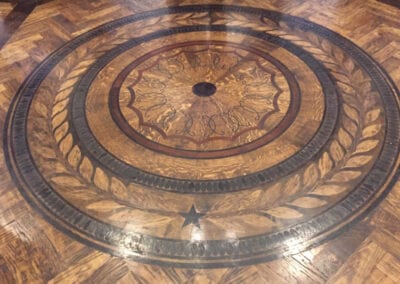 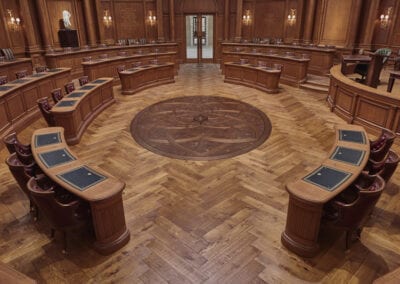 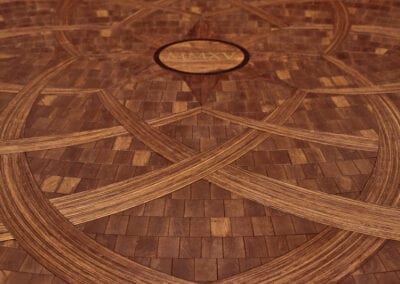 As the Dallas public hospital site from 1894 to 1954, Old Parkland sat abandoned and dilapidated for almost two decades.

The original brick main building and east wing of Parkland Hospital were completed in 1913, designed in the Classical Revival-style with Georgian influences while the old Nurses Quarters was constructed in 1924.

By 2009 both buildings had undergone a transformative renovation. Since then, multiple other spectacular buildings adorn the complex, which has become a modern architectural wonder… with a neo-classical architecture built on a residential scale, the property resembles that of a university campus.

Woodwright has been honored to provide and install practically every plank of elaborate wood flooring on this exquisite nine-acre campus, including over 25 handcrafted medallions.

Most of the intricate wood floors throughout the spaces are double hand-scraped (Woodwright’s signature texture) and triple oiled.